Have you ever found yourself loving the technique of a scam artist rather than feeling pity for the victim? This is what Inventing Anna deftly does despite its flaws. This article won’t dwell much on the cinematography, quality of the series and characters. Rather, it attempts to point out some of the themes and nuances we see in the series.

The nine-episode Netflix miniseries was created by household soap opera producer, Shonda Rhimes and starring the widely-celebrated rising star, Julia Garner as Anna. The series is inspired by a real-life event reported in 2018 by Jessica Pressler. In 2019, a judge sentenced the real Anna Sorokin [called the fake German heiress] to four to 12 years in prison for defrauding hotels, restaurants, a private jet operator and banks out of more than $200,000.  The movie, however, tweaked some of the details, and has been criticized for that, for example by Mike Hale of the New York Times who describes Inventing Anna as “a long, pokey road trip with no G.P.S”.

“This whole story is completely true. Except for all the parts that are totally made up.”

Let’s forget about the real story and get to the thrilling part— the made-up story about a made-up character. What we see in the series is a twentysomething young woman with “no college degree, no credentials and no business experience beyond an internship” brimming with delusional ambition. She comes to New York with nothing but “dreams and a pitch deck” dedicated to creating something iconic by hook or by crook fooling “highly-paid, well-educated, experienced businessmen”. How did she do it?!

The series begins with the voice of Anna Sorokin/Anna Delvey herself; “This whole story that you’re about to sit on your fat ass and watch, like a big lump of nothing, is about me. You know me. Everyone knows me. I’m an icon. A legend.” This, for me, is where the theme in the movie begins. You’re told, almost in a condescending way, that you are about to do something, but your desire blurs out the meaning of those uncomplimentary words. You go on to follow the compelling story and see where it ends.

However, we are driven into the journey through the lenses of  Vivian Kent [Anna Chlumsky] who in each of the nine episodes focuses on someone tricked by our antiheroine— her ex-boyfriend, her die-hard fan & fashionista, the lawyer she retains for her club, her trainer and ex-best friend Rachel DeLoache Williams.

We, humans, are hardwired to have desires, to levitate towards things that make us click, that makes our blood rush with adrenaline. This hardwiring is what conmen exploit. More complex is the process of making choices— between affluence and loss; fame and shame. Anna as a genius grifter exploits this human desire to make her victims a pawn in a game they didn’t even realize they were in until much later.

You see, everyone uses everyone else. Somehow we deny it. But a grifter knows we have that desire. So, she succeeds by making herself whatever her marks want her to be; flattery and the appearance of wealth will get you everywhere, or at least dangerously close. We see each of Anna’s victims feel awesome for having her in their corner. They buy into her dream or her charade. They see the potential of making calorie-free fame. They discharge their duties and feel great. They feel ecstatic. Like a master of staged hypnosis, Anna holds her victims in a hypnotic chokehold where the lines become blurry between following freewill and following commands. All they see is what they stand to gain from her dreams coming true. Not her deception.

For example, Anna’s business advocate, Alan Reed [Anthony Edwards], despite being unpaid for the services he renders to Anna, is seen becoming more lively, energetic and his sex life reinvigorated by the thrill that comes with helping Anna. He looks forward to making more money than he’s ever made. He feels young again and throws all caution into the wind. He goes to lengths to convince people that Anna is the real deal.

Magic is an art and so is con. It’s meant to draw you in. You don’t need to be a fool to fall for a con. In fact, if you don’t fall for it, it means that the con artist is doing something wrong. It’s all about the impression. Everyone Anna fooled needed to make her look like a mastermind to make themselves look less stupid. If you flaunt style, art history, fancy shoes and bags, some bossy mannerism, a vague story about your rich father, and the $60 million trust you will inherit on your 30th birthday, they’ll believe anything you have to say, because they too want to get in on the ground floor of a profitable friendship.

True as it is about the con artist playing on desire, as we’re shown in the movie, many of those who filed charges against Anna Delvey did so because they felt humiliated and their embarrassment becomes obvious when they testify before a jury.

However, sometimes we believe so much in the con artist with a mix of naivety, vulnerability and goodwill that we don’t even realize the obvious signs of con. This is true about the magnetic Neffatari Davis [Neff played by Alexis Floyd], Anna’s only friend. Neff uses her position as a concierge to get Anna into “V-VIP” guest’s swanky dinner reservations, car rentals, shopping services, exclusive parties. This she does for two reasons: first because she was being tipped in $100 bills and saw she could save up enough to realize her dreams of becoming a director. Secondly, because she is giving back to a friend who’s taking care of her. Even after her boyfriend’s warning amongst other signs, Neff chooses to hang on to disproven trust and stays on team Anna up till playing a crucial role in Anna’s fame as Court Fashion Icon.

Interestingly, sometimes the con artists get lost in their own act and begin to deeply believe their own lies. Anna got so immersed in her own lies she didn’t even realize it as we’re shown in episode nine during the trial. In her words:

“I would rather go to jail forever than come off like some wannabe. Some amateur. Some lazy millennial just looking for a shortcut to fame and fortune.”

Another theme we see “Inventing Anna” try  to point out is the fight against patriarchy.

Both Anna and Vivian are at war with the patriarchy in different forms—  whether it comes in the form of unpleasant bankers or starchy newsroom managers. In one episode Anna tells Vivian that men who commit crimes far worse than hers “face no consequences, no fallout, no jail time”. References are also made to Billy McFarland, the creator of Fyre Festival, Donald Trump, Warren Buffet, amongst others. Anna continuously mentions how her femininity is impeding her from getting the attention she deserves. She also uses the sympathy for young female entrepreneurs to get high-end connections.

The relationships between Vivian and her husband as well as Spodek, Anna’s lawyer and his wife also subtly attempts to show how healthy relationships thrive without the influence of patriarchy. These relationships also tease the importance of communication between partners. It’s awesome.

Overall, Inventing Anna is a multi-thematic series, deftly written and astutely played out by top-notch characters. The themes and nuances stretch from the interplay of fame and shame; affluence and loss to the overinvestment in one’s own con you start to even believe it, feminism, the loss of boundary which comes of as unethical professionalism, twisted morality, patriarchy, marriage, healthy relationships, support, betrayal, politics and political correctness amongst others.

This multi-thematic nature makes the movie seem unsure of the message it wants to pass. Like Vivian said on what she wanted people to see after her article got published: “something about class, social mobility, identity under capitalism… I don’t know”. However, it’s clear the series wanted sympathy for Anna rather than criticize her. Although there are obvious flaws such as the unnecessarily long conversations and weak ending, the series doesn’t fail to be one worthy of recommendation. 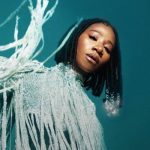 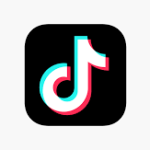 Everything You Need to Know About TikTok Music Promotion