Laburu Is Coming: She is here and here’s what I think (KOB: Return of The King Review) 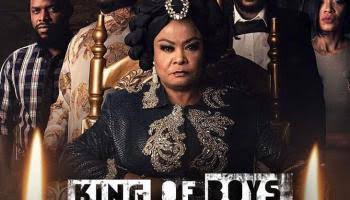 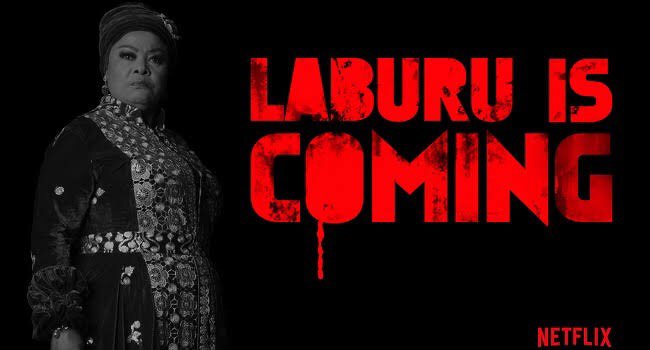 Kemi Adetiba, the movie producer and director announced sometime last month that there will be a sequel to the blockbuster movie -King of boys that aired 2018. She mentioned that the movie will be made available on Netflix as a series on the 27th of August, the media publicity was incredible and I waited for laburu’s coming. You won’t be wrong if you said it is the most anticipated nollywood film of the year. And unarguably, the statement by Sola Sobowale was the highlight of the thriller that made it highly anticipated.

Laburu Is Coming: She is Here and Here’s What I Think

Unlike the traditional 2-hour styles of Nigerian movies, this comes in a slow-plot-revealing 7-episodes film. The weekend it got released, King of Boys: The return of the king – the crime/political thriller movie topped the “Top 10 in Nigeria” list on netflix, highly impressive. 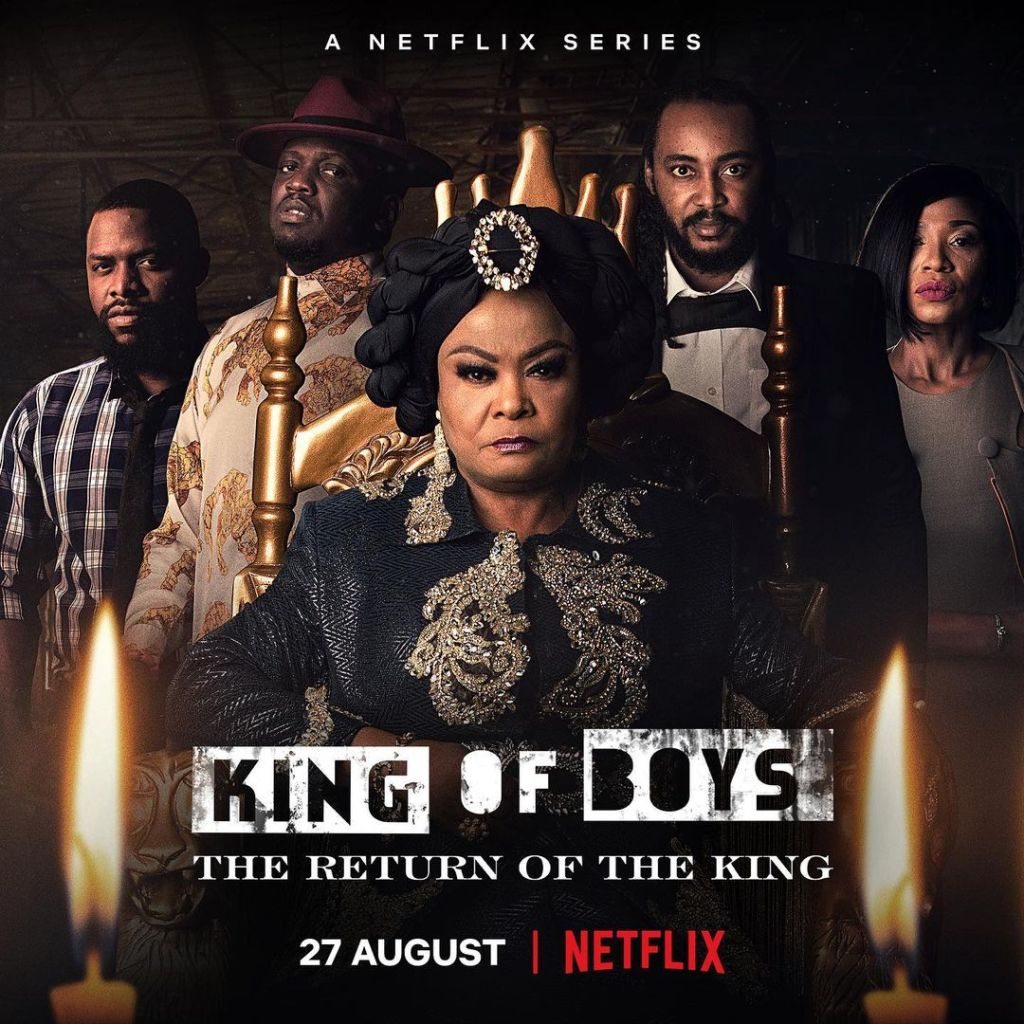 Laburu came and believe you me, it made me shout, pace around, cry and ask questions that I might probably not get answers to. Questions like “How was the plot twist planned?”

“What went through the mind of the writers”

The movie started off with Eniola Salami who was played by Sola Sobowale, returning home (Lagos) after 5-years in exile to a new start.

This 7-episode series was a lengthy series and it started powerfully. It was nothing short of what was expected. After Eniola Salami made a speech and made it known that she will be running for the gubernatorial election, she was seen in self-inflicting pain.

Action speaks indeed is more audible than words. The grief in her words and action was palpable. It’s difficult to say which was louder. The things in this particular movie made me feel tearful. When she was at the burial of her children- Kemi (Casted by Adesuwa Etomi) and Kitan (casted by Demola Adedoyin), this scene made me shed tears, her screams felt nostalgic- it took me back to the first King of boys movie when she buried her children. She was truly alone. I haven’t fully recovered from the feel when Toni Tones- who played the role of younger Eniola Salami swept me off my feet with her command in acting as her inner man or you could say- younger self, talking and reminding her of why she has to avenge her children’s death. I must say, that role is hers and hers alone, no one can pull it off like she does. She was a good reminder of the Eniola salami that we used to know.

Kemi Adetiba, the remarkable producer and writer of this movie made no mistake casting every person in it. The delivery by the actors was great and perfect, they all honed it. However, some of the dialogues were unnecessarily dragged, I’m guessing that was to elongate the whole movie and have the viewers hooked, and that it did.

The way the name rolls off the tongue is just as powerful as every Yoruba statement that she made. I learnt a great deal of Yoruba sayings, some I even completed with her while watching the movie.

You might say screaming isn’t acting, but sola sobowale showed us that acting is bringing words to life and having you feel every tings of it, even while shouting.

Although she was slow-paced in this series, her ruthlessness was paused. It made me shout and even question why she was slacking. For three episodes, I missed Eniola that ruthlessly killed someone during her birthday party, with great elegance. Did she turn a new leaf? I wasn’t the only one asking questions, Toni Tones did too. You are Eniola Salami, laburu herself, Oba- king of boys.

“Why is she running for governor’s office?”, I asked myself. She seemed to be running after it for more power, indeed she was. After all, a wounded lion is still a lion. The story unfolds slowly, reveling in time and revealing a shift in crown from the underworld to the governor of Lagos seat.

Nse ikpe Etim who starred as Jumoke Randle; the wife of the governor of Lagos state; Tunde Randle(who was more of a figurehead) left lines that viewers won’t be forgetting quickly. “He’s my husband, he might have the penis, but I do the thrusting”. Jumoke Randle played the role of a calm, terrifying and ambitious woman filled with so much contempt for Eniola. One might say she rivaled sola sobowale’s acting, but no you shouldn’t. She delivered brilliantly and left no crumbs. When she said “I want to kill this snake, I will smoke it, I will eat it, bones and all of it”, it reminded me of her role in Mr and Mrs, a 2012 nolywood movie. Beautiful actor with elegance you have to respect. All of this is known; it is highly notable also that, when Eniola Salami was in a bottle and called gin, Jumoke was only a tap water. Whatever that means.

Richard Mofe Damijo didn’t seem like the right fit for the role at first, but it turned out well eventually. It was a different role and I just couldn’t replace his grey beards and hair with the black one that he has in the film.

The movie showed deaths that didn’t quite cut it for me, first is how Odogwu Malay died. He didn’t deserve to get massacred with his family that way. Second one is Boxer, in order to make the plot work, it is sad that he had to be a scapegoat. Finally, Aare, I wanted something much more gruesome, he deserved it and more. When Eniola said she will bring death to his doorstop, I expected limbs-breaking, teeth-chattering, bloody, painful and hoping-for-death kind of end. But I’ll take it.

Return of the king made sure to get the viewers hooked and twisted the plot exactly at a point where you couldn’t have guessed or seen it coming. This is a big win for Nollywood.

The 7hours series was worth the hype and it didn’t overplay its hand. The movie broke the sophomore curse.

However, it might if a second season is not written by actual writers. Kemi Adetiba is extraordinary, an awesome producer but not a writer. I feel season two (if there’ll be) will bang even harder if it is written by creative writers. Some scenes were skipped and some scenes were unnecessary, astute creative writing would have fixed that. Albeit, the ending had a show of creativity, the chant that Eniola salami and Toni tones had in the last episode was thrilling!. I have never felt anything like it before, it was nothing short of powerful. It’s one of my favorite parts in the film. All of the 3 minutes the scene took, including the moment when Titi Kuti who starred as Ade Tiger said “Till I die, Oba”. Phew! That was breathtaking.

The costume design was impeccable and the lighting of the cinematography, daring.

KOB was a mix of love, action, vengeance, blood, loyalty and drama. Engulfing and enthralling!

Sola Sobowale is truly the king of boys. 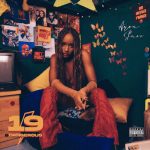